I watched The Founder last night, which is about the start of McDonald’s, and the battle between the brothers who founded the chain and the rapacious franchisee, Ray Kroc, who ultimately buys them out. It’s alright, great actors, but I mainly watched it for the scene where Richard and Maurice McDonald figure out the layout for the Speedee System kitchen, which will allow them to serve customers within 30 seconds of ordering. They do this by sketching the kitchen in 1:1 outline on a tennis court, in chalk, testing it out, and revising it:

You can watch the whole scene here.

I know I’ve seen a few more movies and documentaries where something like this happened, but the one that I remember best is from one of my favourite movies, Melville’s Bob le flambeur, with Robert Duchesne as a gambler planning one last heist. To train his men, Bob first makes a floor plan, then paints it, at full scale, in a meadow: 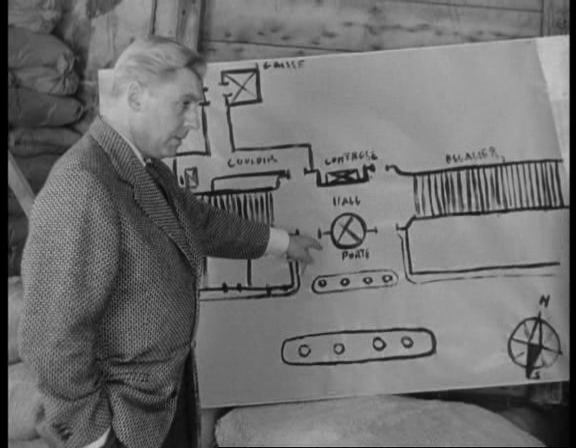 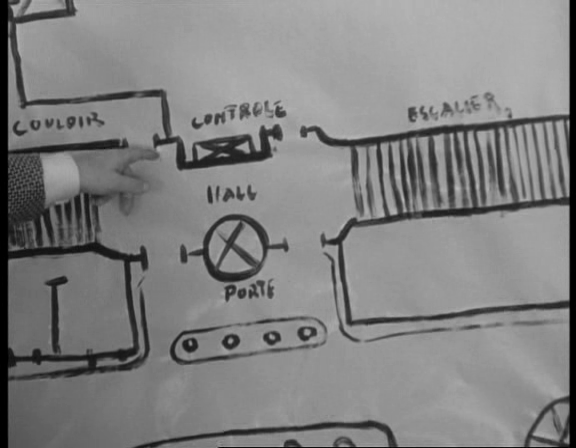 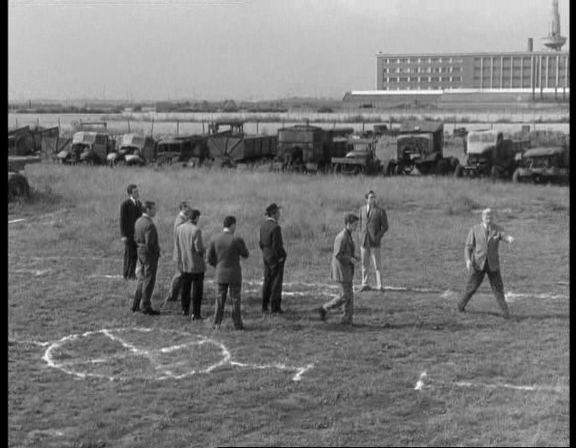 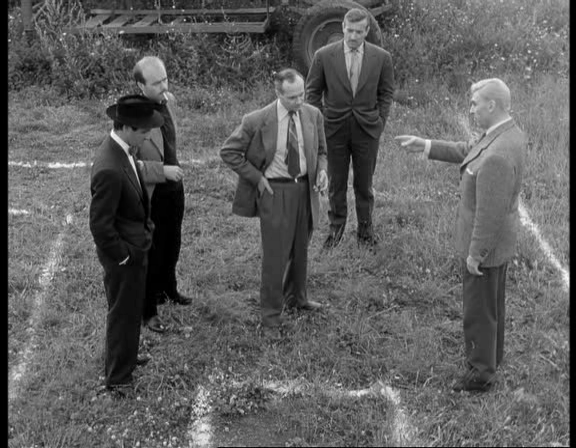 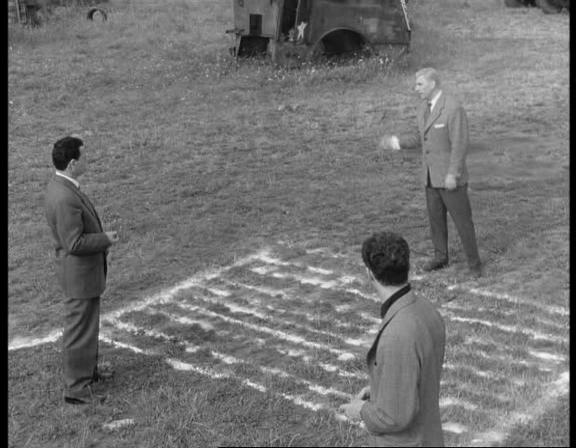 In the film, you never get to see the full outline, which is frustrating. I want to know where that field is too – is that an airport in the background?

Sketching, testing, rehearsing, revising, at real scale. I just like lines on the ground.

(Recommendation of other sources of floor models very welcome.) 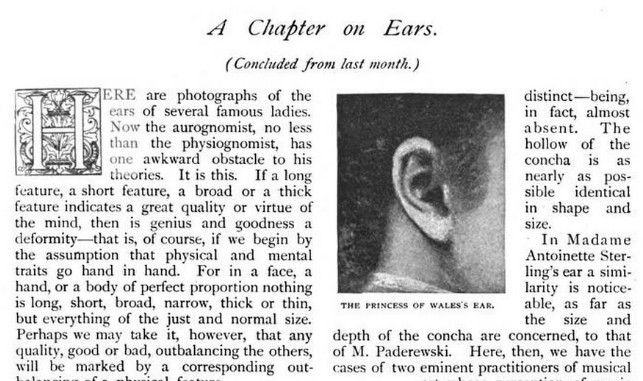 One more Sherlock Holmes oddity: “The Adventure of the Cardboard Box” appeared in the Strand in 1893. In it, Holmes tells Watson, “As a medical man, you are aware, Watson, that there is no part of the body which varies so much as the human ear. Each ear is as a rule quite distinctive and differs from all other ones. In last year’s Anthropological Journal you will find two short monographs from my pen upon the subject.”

Just a few months later, in October and November 1893, the Strand published “A Chapter on Ears,” analyzing the ears of famous Britons. Interestingly, the article carries no byline. Was it inspired by the story, or is it the work of Sherlock Holmes himself?

Christopher Morley noted that one of the featured ears was that of Oliver Wendell Holmes. “Surely, from so retiring a philosopher, then eighty-four years old, this intimate permission could not have been had without the privileged intervention of Sherlock.”

mikedanger
reply
honestly, would probably be cooler than Santa being real 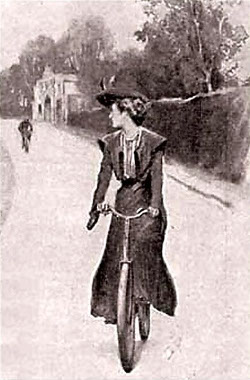 In the Sherlock Holmes story “The Adventure of the Solitary Cyclist,” Arthur Conan Doyle created an inadvertent grammatical puzzle: Who does the term “solitary cyclist” refer to? Apart from the title, the phrase appears only twice in the story:

Those who argued for Carruthers thought that “the solitary cyclist of Charlington” above was not a description of Smith but the second item in a list — that is, Watson was promising to describe three things: the facts of the case, the cyclist, and the sequel. They allowed, though, that the comma after that phrase was unusual (I gather that the serial comma wasn’t commonly used then). In the story Carruthers pursues Smith, both on bicycles, so either interpretation seems reasonable.

The matter was resolved in 1972, when Andrew Peck tracked down the original manuscript in Cornell University’s rare book room. In the title and in the first passage above Doyle had originally written “man” and then crossed it out and substituted “cyclist.” So the solitary cyclist is definitely Bob Carruthers. Another mystery solved!

Is it possible for someone who has had no musical training whatsoever, and who has never learned the names of the notes, to be known by others to have absolute pitch? The answer is YES! I knew a police officer who was totally unmusical, and never knew the names of the notes, who nevertheless was known to have absolute pitch. How? Well, this was eighty-five years ago, when police stations emitted radio signals, each station having its own individual frequency. The police officer in question was the only one among his fellow officers who upon hearing the radio signal could identify the police station!

Again, speaking of probability, there is the story of the statistician who told a friend that he never takes airplanes. When asked why, he replied that he computed the probability that there be a bomb on the plane, and that although the probability was low, it was too high for his comfort.

A week later, the friend met him on a plane and asked him why he changed his theory. He replied: ‘I didn’t change my theory. It’s just that I subsequently computed the probability that there simultaneously be two bombs on the plane. This is low enough for my comfort, and so I now carry my own bomb.’

gifthorsedentistry: kickerofelves: allthingsgrow: the best part of that david lynch interview is...
Monday September 25th, 2017 at 8:22 AM

the best part of that david lynch interview is this:

update: he made the table [x]